Series: In the Light of Sunnah, In the Footsteps of Our Salaf – Part 1 – The Foundation 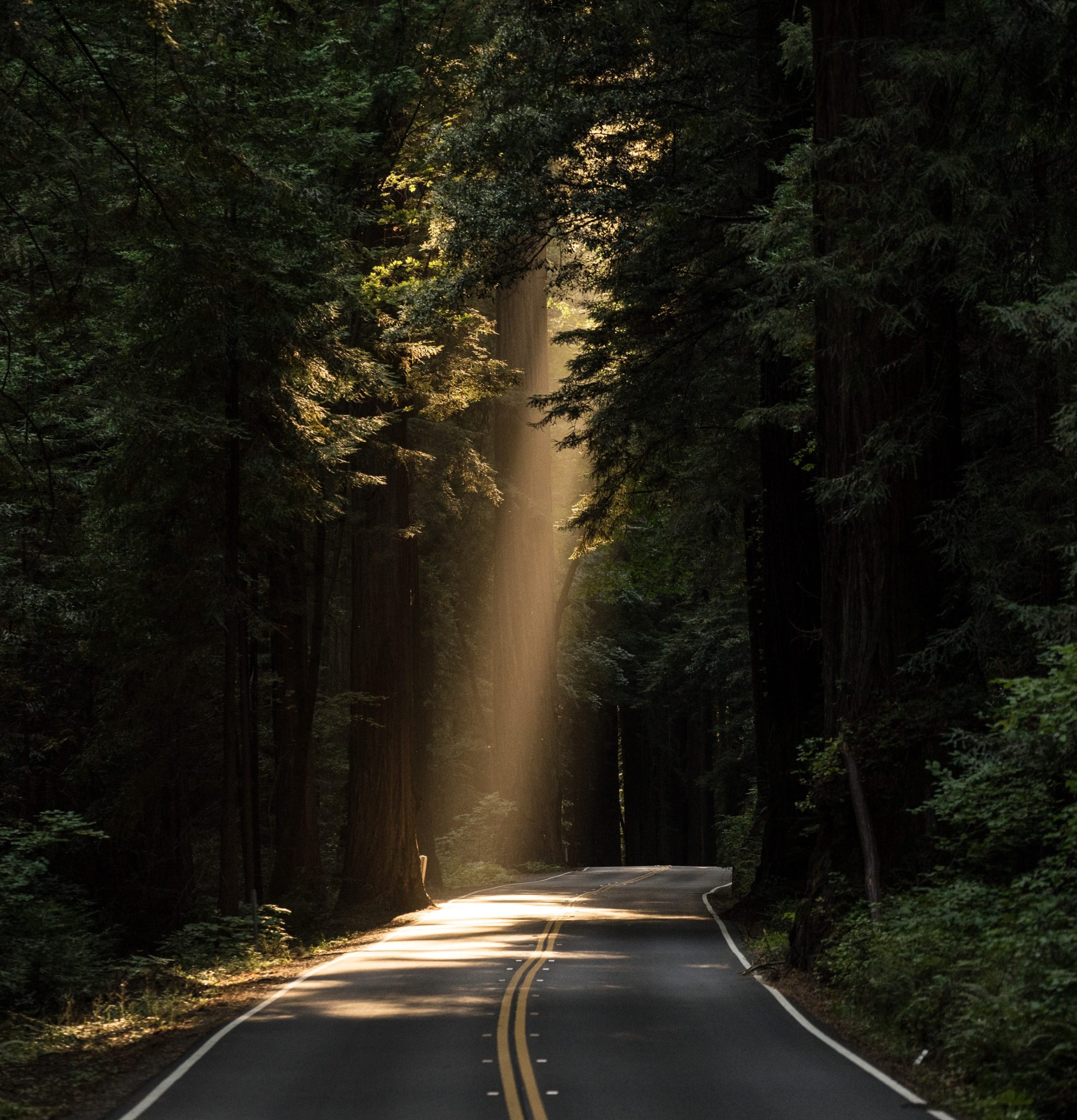 Series: In the Light of Sunnah, In the Footsteps of Our Salaf – part 1

(Originally Published in The Intellect Magazine)

Before entering into the main theme of the Hadeeth “Niyyah”, I would like to
mention a few preliminary points. Just as certain Ayahs of the Quran have been
revealed upon, or prompted by, the occurrence of a certain event and therefore
have a connection to such events, certain Ahadeeth too have been narrated in
connection to particular events. In respect of the Quran such an event is known
as Sabab al-Nuzul (cause, occasion for the revelation). In respect to Hadeeth such an
event is known as: Sabab al-Wurud  (cause, occasion for the narration).

The knowledge thereof is among the various branches of knowledge that one must haveadequately mastered before he could be considered qualified to engage in the tafseer of Quran or Hadeeth. Attempting the tafseer of Quran and Hadeeth
without such mastery is a reckless and irresponsible course which can lead to
blunders, misinterpretations, distortions, and perhaps outright perversions of
the Quran and Sunnah. This naturally carries extremely severe consequences in
this world and more severely in the next, as such action leads to the
distortion and perversion of the Deen itself! Like a Hadeeth tells: “Who
has expressed his (unqualified) opinion regarding the Quran, then let him
prepare his abode in the fire of hell” (Tirmithi)

Obviously, the same will hold true with Hadeeth and Sunnah as it is primarily the
commentary, practical application and demonstration of the Quran. Therefore
from the very onset, let us resolve to be very careful to ensure that we acquire
the knowledge of Quran, Sunnah, and Deen from qualified sources.

The Hadith under discussion carries with it Sabab al-Wurud (occasion of narration). Imam Tabraani has narrated on the authority of Abdullah ibn Masood RA that there was a Muslim woman in Madina known as ”Umm Qais” who was sought in marriage by a man in Makkah. Umm Qais refused his proposal unless he performed Hijra and migrated to Madina. After fulfilling the condition, having migrated to Madina the marriage took place, and hence the Sahabahs started referring him as “Muhajir Umm Qais”! (The one who made Hijrah for Umm Qais)

A bit of clarification on “Hijrah” here will serve to be very constructive. Hijrah
is a monumental action in Islam, and a testimony of Emaan. Literally the verb
means to shun, dissociate, and separate from something or someone. In Hadeeth:
“…The Muhajir (one who performs Hijrah) is the one who shuns what Allah SWT
has forbidden…” From this perspective we can understand the basic object
of Hijrah which is to separate from a land, people, society and environment
“Islam Unfriendly” and migrate to a land, people, society and
environment which is “Islam Friendly” for the sake of Allah. In this
context, the physical migration from one point to another will be evaluated by
the motivating objective of that migration, i.e.: “Niyyah.” The
“Hijrah” referred to in Quran and Hadeeth, and the special virtues
that it carries, generally refers to the Hijrah of the early Muslims from
Makkah to Madina, which was “Wajib”(obligatory) for all Muslims who
were able to migrate. After the conquest of Makkah and its’ entering into Islam
and the transformation of its’ environment from “Kufr” to ”Emaan”,
that ruling was abrogated as mentioned in the Hadeeth: “No Hijrah (is Wajib
from Makkah to Madina) after the conquest (of Makkah) however, Jihad
(struggling and striving to raise and establish the word of Allah) and Niyyah
(a pious intention of leaving one’s home for some noble purpose, will continue).
(Bukhari and Muslim)

Moreover, the Muslims of Makkah who had accepted Islam upon or shortly after the conquest of Makkah were encouraged to remain and build the Islamic environment and lifestyle there, especially since Makkah has been titled Ümmul Qura” (The Mother of the Cities) in the Quran itself and the most virtuous place on earth according
to the vast majority of Ulama. Not withstanding, the basic concept of Hijrah as
previously explained remains unchanged. If one finds oneself in an environment
which prevents him from the practice of Deen and places his Islam and Emaan in
severe jeopardy, he will be required to migrate to such a place where his Emaan
and Deen could be preserved and applied.

Returning to the main theme of the Hadeeth, we find that “Rasulullah SAW has pointed to the foundation, the first building block of our A’amaal: “Niyyah”.
Our actions are like our physical bodies; however, without the soul our bodies
are lifeless and worthless. Man’s mere physical being does not raise him to the
status of “The Best of Creation”, nor does any of his external possessions,
or conditions dictate his worth! His worth are his Aa’maal (deeds) and the
worth of his deeds are his intentions. “Muhajir Umm Qais”, although
physically migrated, the motivating factor was the marriage of a woman, and
that was achieved. So as the Hadeeth points out “…his Hijrah will be for
what he has migrated for”, i.e. his intention.

It should not be misunderstood that migration for the sake of marriage is a sin. Furthermore, it may be obligatory in respect to a person who doesn’t find a suitable match Islamically in his homeland and his need for marriage to save himself from Haram has reached the last limit. Here his intention is pious, and if in so doing he
seeks Allah’s SWT pleasure, then no doubt that Hijrah, Insha’Allah, would be a virtuous
act deserving of reward!

Here the question may arise that if the Hijrah of “Muhajar Umm Qais” was for a
Muslim woman in marriage, and that not being a sin in itself, then why the feeling
of blame or shortcoming that we sense in the wording of the Hadeeth? Allahu
A’alam, though the Niyyah of marriage is lawful, moreover virtuous, the occasion
should have prompted a much more lofty and virtuous Niyyah: to leave Makkah
simply for the pleasure of Allah and obedience to His Prophet SAW, and in so
doing earning the title “Muhajir for Allah and His Prophet SAW”
rather than ”Muhajir Umm Qais”. We can deduce therefore that prioritization
of intentions is as critical as correctness of intentions.

1. We don’t find a mention of the actual name of “Muhajir Umm Qais”
apparently for the sake of “Sitr” (the concept of covering the faults
and shortcomings of our Muslim Brethrens). The Hadeeth itself does not mention
a name, but merely mentions a principle to be learned and applied. This
provides us with an important lesson in “Tarbiah”. Rather than
singling out an individual or fault, we should search for root causes, then
seek solutions and apply them with wisdom and affection.

2.
Rasulullah SAW has not stated that the “Hijrah” for marriage or
worldly gain is acceptable, or unacceptable, praiseworthy or blameworthy; he
has merely stated that Hijrah will be deemed as per Niyyah. The generality of
that statement gives the underlying principle unlimited scope in application
and at the same time does not pass judgment on anyone’s intention. It is
Allah’s SWT affair to judge intentions which are hidden from view of even Prophets
and Angels!

The basis of intention is the focus of attention. If a man’s attention is towards
the transient world and its contents, we will find his Niyyah there. And if a
man’s attention is towards Allah and His Rasool SAW and the eternal world, his
Niyyah will be there. If this is true then the basis of correct and sound Niyyah
is correct and sound focus on Allah, His Rasool SAW and the life hereafter. And
the basis of that focus is Emaan embellished with Imani Sifaat (characteristics of faith) including “Yaqeen”(certainty), “Ma’rifah” (true and pure knowledge of
Allah, His Äsmaa (names)”, “Sifaat” (attributes), “Sunnan”
(ways and means), “Mahabbah” (love of Allah), “Hiybah”(awe
and reverence of Allah stemming from His Ma’rifah) etc.

In Summary our Emaan is our Niyyah, our Niyyah is our deed, our deed is our worth
and our worth is our position with Allah SWT. So the first step we need to take
in correcting our Niyyah is the learning and building of our Emaan!

To be continued Insha’Allah Taáala as the building of Emaan and correction of a proper
and sound Niyyah is a long and tedious journey but a wonderful and extremely
rewarding one! May Allah SWT guide us all along His path and in His infinite
mercy and wisdom grant this poor writer, the neediest of his own advice, all
readers of this article and the entire Muslim Ummah the ability to hear with
open and understanding ears and hearts, and act accordingly. Aameen.

1- The
Arabic Islamic terminology is used in the body of the text with its English
translation equivalent in parenthesis as:

a. To familiarize ourselves
with them is important for they are our terminology, not their translations in
whatever language.

b. Exact translations are
difficult if not impossible.

2- As the Arabic language is extremely concise, the expression of an Arabic phrase or
sentence in English will require added words to the Arabic literal translation.
Such added words are indicated with parentheses.